My Gross Introduction to D&D 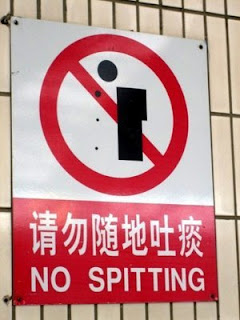 At around 14 years old I was introduced to D&D by a school mate who lived on the Venice Canals, a neighborhood I was born and grew up in. This kid, Rod Seagal, was a gangly, long-haired geek with a love of spitting, and using a long piece of bamboo to kill butterflies in the empty lot next to his apartment. Rod didn’t use rules, and he probably didn’t really know them. I’m sure he played once or twice in somebody’s game, and just used memories of that to run games. He had dice and a handful of badly painted figures, and just made up what you needed to hit, and how much damage things did. The gaming sucked. Characters usually died according to his perverted whims. The first sexual thing that I recall in any game was when I had a character look at a portrait of a Type 5 demon (the lady snake with 6 arms), and the demon came out of the painting and raped me before killing me. “She got some pleasure from you before you die” I think was the exact quote. Jeez. At 14 years old, this guy would most likely end up as a serial killer.

Rod was a really obnoxious person to the degree that I think I was his only friend at the time. He did have some sort of fat, mongoloid dude as a lackey, a boy who seemed to have the same fascination with loogies as Rod did. These guys actually had spit fights in the back alley after eating chocolate. I made it clear that if anything got on me both would get the shit kicked out of them, and as a big athletic kid I was prepared to unleash hell. Rod sometimes threatened me with a spit ball, but I think what kept him from doing it outside of the fear of a beating, was that he liked to run the games for me instead of his gross henchman because I had a certain degree of intelligence and imagination.

Rod’s mom was a single lady who was a secretary or something, and she was tall and blond. I remember catching glimpses of her and wondering how such a pretty lady could give birth to a weird goblin like Rod. At some point Rod had a battery powered water pick, and came into his room and shot me with it. It wasn’t a loogie, but I was still pissed, and after knocking him down and trashing his room a bit mom banned me from the house.

That was it for hanging out with Rod, but that was good for my gaming. Not long later I discovered the three booklets at Chess and Games in West L.A. I was so excited when I saw them. They were already mythical to me. I knew of them when I was hanging out with Rod, but had yet to see them. There they were, right there on a back shelf. Thus, my true D&D education had begun. Soon I would be a regular amongst the sarcastic dorks at Aero Hobbies (an epic tale for another post) in Santa Monica, really learning how to play this game.

Some years later, I ran into Rod after school on the Venice High campus. He didn’t go to Venice, he went to a “special” high school somewhere and was just hanging out there with a couple of other losers. I think they were having a spit fight (I guess you never lose your love for that activity). The DM’s guide had come out, and I had one stashed in my pack. I went up to him and said something to the affect of “hey you fucking dork, look! There are actual rules! You made that shit up as you went along.” Rod said something snarky, and I threatened to beat his ass and he took off. I never saw him again.

So my introduction to the game was shaky and a little weird, but it did set me on the road to a life time of gaming fun. Rod, wherever you are, thanks for introducing me to the game. You weird freak.
Posted by Kevin Mac at 11:19 AM