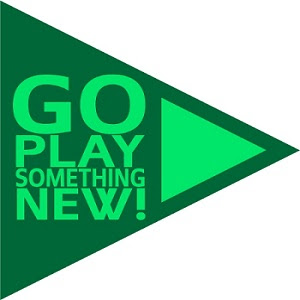 My experience with an D&D beyond 1st edition could fit into a thimble. In the early 90’s one of my players wanted to run D&D, so she went out and bought the 2nd edition stuff. She ran a few games, but I don’t really recall the major differences in systems.

One of the main reasons I stuck with 1st edition all through the 90’s was probably because most of my players tended to have very little gaming experience until they came to my games. “I always wanted to play but never go the chance” people. I of course was the “seasoned veteran,” and was able to lead these gentle lambs through many a campaign with 1st edtion. Hell, they didn’t care. That was a time of wide-eyed wonder for my players, it seemed. And I often had a lot of females in games then (at one point in the mid-90’s outnumbering the guys at many sessions), and in my games they tended to lean heavily towards role-play (especially shopping trips, which in D&D, Call of Cthulhu, and Champions was always great for developing those “winging it” DM muscles), so task resolution was not the main source of fun during those times. We’d have these amazing several hour session with minimal combat or action.

From around 2000-2008 I was not gaming, and not even really keeping up on what was going on with D&D. My stuff was all in boxes in a garage, and my internet interests were more about comic books, music, and movies.

Then out of nowhere *BAM* I’m running games for a regular group, reading about D&D and other games constantly online, and started this friggin’ blog. Gaming and D&D was all up in my grill. Still, I’m not exactly Grognardia James in terms of my knowledge of the history of gaming, and what is going on in the OSR. Obviously I’m a much better talker than a listener. Powergame Dan sometimes marvels at what I know that is going on in gaming and the OSR, but really it’s reading Grognardia and a couple of other select forums that gives me any particular knowledge on what is going on. And that knowledge is not exactly deep even after three years.

And in all honesty, looking at online stuff about gaming is starting to lose it’s luster. “G whiz” factor is gone. It might be different in my case if I was back in semi-retirement gaming-wise. I’d look online and do a shitload of “remember when.” But with a full and regular group going, I’m trying to enjoy that more. In some ways because I’ve slowly realized that it is a fairly rare and precious thing.

As for 5th edition, well, it’s not very relevant to me. I don’t think D&D is relevant at all any more. You don’t see it getting played by characters in films or TV shows like you sometimes did in the 80’s and 90’s. You never hear it getting joked about. Even the Ubergeeks on The Big Bang Theory don’t play it. In dorkdom these days, it seems pretty bottom of the barrel. If you watch Attack of The Show for a week you might hear a smarmy D&D reference, but even in venues like that it is rare.

So I don’t much care. I have a KOTOR campaign going, a Runequest campaign just started, a 1st edition setting to get back to, a player who is regularly running 1st edition games for us, and am itching to do some Call of Cthulhu before too long. I have plenty on my plate. So let me join the throngs of “happy wanderers” and toss my own “I wish them well” into the ring. That’s it, Mac, Smile and wish them well. But it’s ok if inside you just don’t give a rats ass.
Posted by Kevin Mac at 12:19 PM