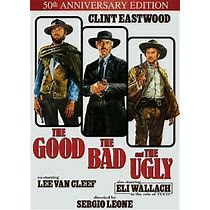 OK, maybe there is no real ugly, at least not as ugly as Eli Wallach. Though until the last few weeks my experience was hit and miss. The other year I did have my first campaign, around 12 sessions, with my friend and longtime player "T," and a couple of local guys (one I eventually met because he was a department manager at the hospital I worked at - luckily not MY department). It went well, and the guys did not have deep experience with the Roll20 experience, so my technical failings were no very pronounced. Hey, as long as we could talk and move tokens around without the system crashing I was happy.

But that ended due to family and school schedules, and my attempts to get something going directly off the Roll20 forums was mixed at best. One try had a couple of knuckleheads who seemed like great guys at first. Then an hour in a dude who seemed to know what he was doing didn't even have a character sheet done up (I was yet to require digital versions of them) when we needed it. I should also mention that this fairly normal sounding guy insisted on being called "Morpheus," which is a thing that is awkward for me. Fucking Morpheus. Sheesh. 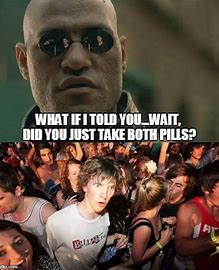 Anyway, the other guy, when combat started, was hung up on the movement measuring. It was so odd. He was having measuring tool issues, and for some reason was refusing to just use the squares already present on the map. I didn't get the problem. I started wondering if these guys just made a hobby out of going into games and being idiots.

My next attempt had a couple of ladies (one was trans, the other CIS, which is fine though I had all kinds of terms and such I had to learn so as not to use the wrong pronoun. God). Anyway, after a couple of games that seemed to go well it was announced to me that they just wanted to learn how to do a game for each other, and that was that.

Another try had a lady want to team up with me to start a group on Roll20, but she was hella into D&D Beyond, which I have limited experience with (none at all). She wanted me to invest in it and tie it into my campaign pages and such. I was still learning the basics, so that did not appeal to me. So no go.

Disappointing, and yeah, I guess kind of ugly for me. Not long after I was tapped locally by a group to run some face to face. That was going well, but then the host told everybody he had to move his sick mother in with them and we would suspend things indefinitely. That was several months ago, so I guess that is over.

But I didn't mind so much. As I get older I get fed up schlepping every week to somebodies house across town with all my shit, and getting set up, and trying to get a narrative going in a home where visitors seemed to come and go constantly, for me disrupting the game. It kind of beat me hosting though. I really no longer value having people in my home that are not close friends of mine.

Yeah, I just feel done with a regular face to face for D&D. But with my Roll20 horizons suddenly expanding I can see a life without running in front of a group. You see, we are now past game three, and it is going super well. Everybody has way more experience with Roll20 and D&D 5th ed. That was intimidating at first, but most seem willing to help as I am up front about my technical lackings. They like my game clearly, and they want it to continue. And my goal was to get noticeably more adept with the format each session, and that is happening. Whether its formatting images better, or learning to use the built-in turn counter, I learn something new every damn time. Its kind of exhilarating. 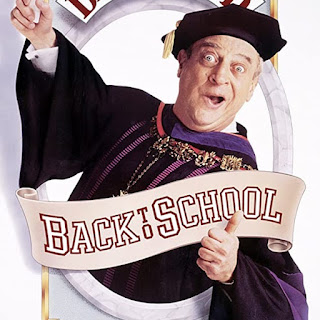 So lets see. The good. Well, not having a table full of people staring at me for three hours is nice. And on a personal note being able to drink what I want and smoke what I want right at my game table is pretty awesome. And having a colorful map to move tokens around on is great. Searching google for maps and monster and character images is fun in itself. Making those into tokens and such.  And everybody gets to be home. Nothing like the comforts of your own crib. And if anybody needs to deal with family, or I can hear dishes clattering around (one of the most annoying sounds in the world to me), I can just ask them to mute until things calm down.

And the resources are amazing. Besides some "DIY" you can buy various module packs, most with pre-made maps and tokens, and the majority of such things are fairly cheap.

And man, no more miniatures. There was a time when I loved them. But I long since stopped painting, and I for sure don't want to buy more. Sooooo..goodbye mini's! I'm thinking of selling them all on Ebay.

And looking in books and shuffling papers around? Not in my command center. Last session I attempted to be paper free. My notes and tokens and even the basic books are all available in my campaign. And when a character uses a skill or spell of their E-Sheet, it can post to the chat section so I can look at it. No more looking up spells in a book! I think by next game I will be totally paperless outside of some emergency notes like you often have in case players go off the rails.

And wow, The Charactermancer. It's like magic. Using it helps keep you from forgetting anything for your character when creating it. It will remember for you. It won't let you forget a certain proficiency you might miss on your own. In a lot of ways its the greatest part of the format.

OK, well, The Bad. It really comes down to learning to do things differently. The main thing I would say is not being able to see each other, you can miss things. Personally I am a fairly animated DM who gestures a lot and such. Thats gone, though there are ways to convey the same things with voice and how you describe a situation.

But I have learned that I rely on seeing the player a lot in face to face as far as when I ask a question of a player. In person you can often get an answer just by their expression and body language. But with just voice you need to be more clear and so do they. More needs to be verbalized.

And of course there are technical issues, but I am surprised by how few of them there are. If you drop off the program its easy to jump back in. Its not like waiting for your XBOX to reboot. Anytime I have an issue I'm back in like 30 seconds.

A month ago I would have said the selection of quality people from the forums is sketchy at best. But I put together this great current group almost entirely from the forums. It turned me around on it. Yeah, you have to hand pick from it, but it paid off now and it could again. But man, these folk are great. Into role-play, and engaged with the material, they have been a pleasure so far. I knew it was a good sign when I wanted to level them to 2nd after the first session, and the pretty much unanimously stated they would not mind be 1st for another game. Refreshing.

And I suppose with the possibility of one wacky pandemic after another in the future, this is a good way to go in that regard.

I know that another popular online format out there is Fantasy Grounds. I have no experience at all with it. I assume people have their preference. But I certainly would not like to put time into learning another thing. For the foreseeable future, and perhaps the rest of my future, Roll20 will be how I roll. 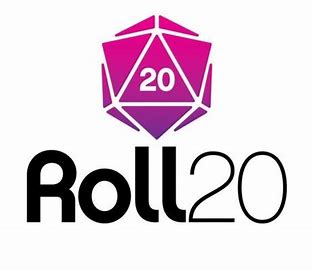