Campaign Gaming and "Plot B"

"Plot B" is a concept in media, but mostly pops up in Sitcoms. Like almost every sitcom episode ever made since the 50's.

Usually in the case of sitcoms, it's a means to fill things out if the main storyline won't fill up the slot. Most if not all episodes of Seinfeld leaned heavily into it. Some even have C plots. Like the "Festivus" episode that had a side story with Kramer protesting his old bagel shop, and also one with Elaine trying to get a free sub sandwich. And for god's sake, there was D plot - Jerry's "two face" girlfriend. Whew, that's a lot of subplots.

The Simpsons pointed this trope our back in the day, where Lisa is given a long vision of her family years into the future. When she asks the shaman "why did my vision include a plot where Homer was looking for buried treasure?", the magic man replies "I guess the spirits thought the main plot was a little light."

So anyway, I try to get these little subplots going in a campaign. Always have, though in the past I didn't have to think about it so much. I ran a lot of city campaigns back in the day and was winging it like crazy like you often have to do in a city setting. PC's often going off to do their own thing, and maybe 10-15 minutes having do be devoted to their activities. But at least these days I have a phrase for it. We do live in a time when we have to label everything, right?

So your main "plot" might be the characters going to Keep on The Borderlands. It could be a full railroad "go to the keep, get rooms at the inn, hear some rumors, go to the Caves of Chaos, fight some shit. Take the treasure. How many experience points do we get.

Fuck no. That shit needs padded out. When I ran this module last, I set up the Castellan of the keep (and named him and everybody because they didn't bother to come up with names in the original material), his seconds, the NPC's running the inn, and some interesting NPC's to fill out the market area. Enough personalities with some color to help them stand out so they can get interacted with. A prostitute, a pick pocket urchin, a handsome ranger of whatever sex. Anything to fill the dead air. If I recall in the material the only major NPC within the keep is the evil cleric who wants to be besties. That just ain't enough. Now, not all your NPC's will get interacted with. But the point is to have a wealth of them and see what might stick.

In my last couple of posts I talked about a couple of potential antagonist NPC's who ended up piquing the interest of members of the party. But initially I packed this campaign with interesting NPC's. Most of them being part of the high-end merchant caravan the PC's would be a part of.

There was Marge, the boisterous seasoned caravan master and boss of the outfit. 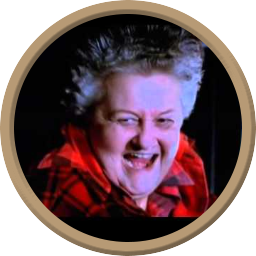 The merchants themselves were all from the big city of Tanmoor and selling all high end, expensive wares.
Like Lacy the clothes seller. Or Bradly the Bookseller. Or Waldorf the Wine Seller. Several NPC's whom the characters can assist along the way and get to know if they so choose. Callie, the lovely paladin and secret Aasimar, was roped into a fashion show by Lacy for a local Counts daughter to see:
Lacy kept slapping big city outfits, makeup, and wigs on Callie and rushing her out to be ogled. And it was a hoot. One of my players who had singing experience started singing "Girls just Wanna have Fun" as I revealed each image: 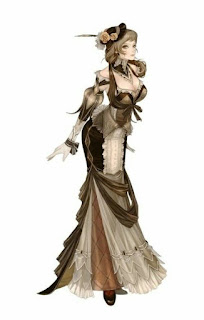 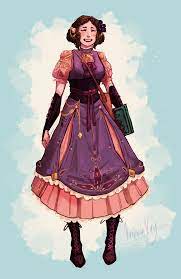 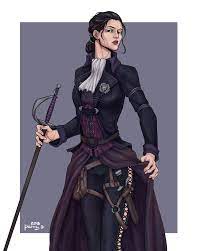 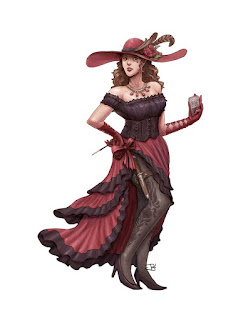 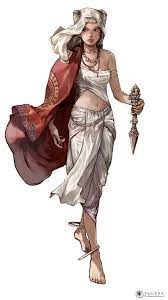 It was just one of the many side bits that came out of having a variety of NPC's around. Like in that particular session, this little fashion show was Plot B. And all the characters participated in a way, that is, they got to see a party member, a shy seeming, cookie baking village girl, in a different light. It was a little thing that IMO had a bit of an impact.
Injecting things that can promote "Plot B" type things is very effective if you have players who are into role playing at all. And I'm not talking community theater here. But many players enjoy a world where lots of things can happen outside of the railroady main quest. Especially with the advent of video game RPG's, such as Skyrim where you seem to do endless side quests.
But just making side plots possible is part and parcel of emergent gameplay. YMMV.
Man, I can't get enough of that word. "Emergent." Just rolls off the tongue.
Cheers.