Some time in 2019 after I moved to my new town and had gotten a nice little D&D group together (my first real dabbling in DMing 5th edition) I also started getting into a variety of board games in a way I never had before.

Outside of typical board games of my childhood (Monopoly, Clue, etc) I had really gotten into Talisman in the 90's. I mean, really into it. My buddy had a girlfriend who's roommate had the basic board and the dungeon. At our height of play I might go over for the weekend, surfing the couch, and we would play Friday night, finish that game the next morning, start another in the afternoon to finish that night, and then start a new game Sunday morning after breakfast (starting our days drinking with some Mimosa) to finish that late afternoon. We were bonkers for it. I eventually bought a used copy of the game and the dungeon of my own, and played it with folk all over the rest of the 90's. 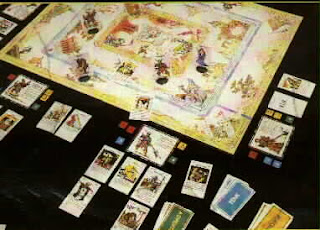 Talisman had a ton of elements I loved. A bevy of fantasy characters with varied abilities to play; a ton of things that could happen based on encounters and event cards (very often game changing); and most games you could finish in about three hours.
Then in the early 2000's I pretty much retired from RPG's and gaming in general for several years, and my copy of Talisman went into the closet with my D&D stuff.
In my later long running  group that lasted from around 2008 till I left Los Angeles in 2018, I think I only had maybe one or two occasions to break Talisman out from hibernation. But the one time we actually played a boardgame as an RPG alternative was Arkham Horror. I don't even recall which player had a copy. I mostly just recall what a long night it was. The game was so complicated and dense (far more than I felt it needed to be) I found it hard to enjoy despite loving Call of Cthulhu. That was about it for boardgames until I moved to this town almost three years ago. Then I met B and L.
They were a local couple who I met off a local shops Facebook page because they wanted to play D&D, and pretty soon they had a adopted me (I didn't really know many people in town and hadn't been working yet) and were my besties pretty quick. Besides us having a D&D group for several months, we also started playing boardgames. They were already avid board gamers, being frequent visitors to a local bar that stocked games. There besides a bevy of microbrews, you could pull any number of their hundreds of boardgames off the shelf and play it. They have everything.
But they had not played Talisman before, and after I first pulled out that old beat-up copy, they fell in love with it. Soon they had the most recent edition (that was by then several years old). I'll be posting about some other faves soon, but here I'll talk about the most amazing discovery of all that is Talisman related: Digital Talisman.
I had just made some offhanded Facebook post about Talisman, and a friend in Sacramento mentioned that there was a digital edition on steam. Zuh?!
I had no Steam experience, but within minutes I had an account and bought Talisman and a few of its expansions. Oh man, how amazing. This was an incredible discovery. Not just the main game, but they had a ton of the expansions. For physical copies this would all be about a thousand dollars if you could even find them. But on Steam the main game was like 6.99, and the expansions were that or less! Many of these weren't even available in physical form. Of all the fucked up things that happened in 2020, discovering digital Talisman was a highlight. And I have friends who love it as well. B and L left town to travel around the country in a huge luxury mobile home. But whenever they are somewhere they can get decent cell phone coverage for hot spots they are up for a game. You can even play it solo with the software running other characters (fairly intelligently as well). 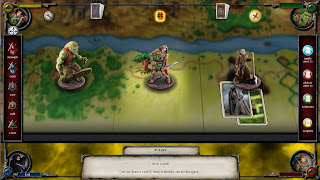 There are few downsides to this version. Of course there can be a glitch here and there, but rarely game breaking. And so far if you play a game online that game will be erased if you play another one before you finish. So you have to make sure you have plenty of time to finish.
The upgrade in my Talisman playing has in a way changed my gaming habits. Digital Talisman, as well as the MMO Elder Scrolls Online (will post about that later) have in large part overtaken my desire to run D&D. These days there are just too many options.
Posted by Kevin Mac at 2:34 PM