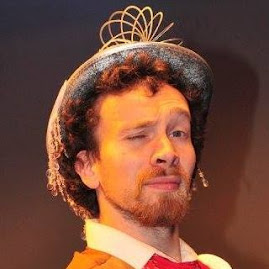 Pictured above: profile pic of a Roll20 forum member

advertising as a "Paid DM"

In recent months I've been exploring the Roll20 members forums. Here people advertise that they are looking for games to play in, looking to start a campaign, etc. I've been interested, surprised, annoyed, and even appalled (I'll post more on this in the future), but the most stand out thing to me there is the phenomenon of "paid DM's."

Around 10 years ago when I started exploring the "OSR" online, there wasn't much in the way of "professional dungeon masters." Sure, somebody like Frank Mentzer and other mid-level gaming luminaries might be getting a payday for running a convention game. You can make your own call as to whether such sessions are worth the time and money (I try not to be judgmental but I don't find this grizzled veteran very compelling in his refereeing), but I was never much of a convention dude.

At some point right before I originally started this blog I was lurking around a forum, I think RPG.net, and some young fellow calling himself Captain Kommando or some such made a post discussing the possibility of running games for a living. Apparently he lived with his granny and money was an issue. In order to help he wanted to earn some bucks, and he thought DMing for pay would be a great way to save the homestead. He would don masks and do voices and provide you an interactive experience. That forum, at least then (I have zero recent forum experience; in the past I found forums such as rpg.net and Dragonsfoot to be cesspools of tired old school gamers clinging to tired old notions) was full of people who thought their way of having fun pretending to be elves was superior, and they kind of ate Captain Kommando alive. "pay to play? the hell you say!" But he dug in his heels. I think that after he sat on a train for an hour to go run a free trial game for some folk at a mall food court, and none of them showing up, he gave up on his dream and went back to a regular job search.

Flash forward some years, and the roll20 "looking for games forum" is full of folk advertising as "paid DM's." Literally 25-35 % of the posts are from DM's looking to get 10-20 bucks a sessions from their players. And they often seem to be able to find a group to pay. They call themselves "legendary DM's" though readily admitting they have only been doing D&D for two or three years. That's gotta chap the ass of anybody doing it for free for decades. Hell, sometimes a group will post looking for a DM to pay.

Now, none of that really appeals to me. For one thing I don't really need the money. But to have to have an expectation that you are "working" for the players really turns me off. Too many times in the past, especially outside my own hand-picked groups, have I felt like running a session was like a job that didn't pay. For every player that brought me a six pack of high end beer, there were two who didn't seem to give a shit about what might be fun for me in the game. And I was giving it up for free.

The added pressure of getting paid for it for sure does not appeal. A role playing game as customer service? Just like life in general I have found that when it comes to being a player the secret to happiness is managing your expectations. If you are paying somebody you certainly have high ones.

Honestly, I think this notion is another side effect of  the popularity of Critical Role.