The "Foe Gauntlet." There is probably a better name for it, but regardless, it's a thing.

Though I am sure it has appeared in various media in history, I think the first time I saw such a thing was in old Spider-Man comics as a kid, where in at least one instance he had to fight each of the Sinister Six enemies, such as Vulture and Doc Ock, one at a time.

Then at some point in the Bruce Lee movie Game of Death. The film has a very storied background (look it up), but it inspired the "fight your way through a series of enemies to get to the boss" in video games to be sure. 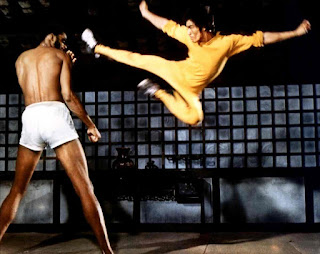 I also believe in the Batman story where Bane breaks his spine Bats had to fight through a series of villains set up by Bane to soften him up for the final fight.

And I remember Hulk Hogan doing something similar in his earlier WCW appearances against the Dungeon of Doom (a good idea with terrible execution).

One time I did such a thing in a game, that I can remember, was in a solo game I ran in the 90's for one of the players in my Champions game. It was a Bourne Identity type character. He had developed his own little Rogues Gallery of foes over a couple years of campaigns, and for a solo outing a "gauntlet" sounded like an easy thing to game master. His foes were mostly non-powered dudes, like martial artists and a trio of former pro wrestlers who were getting into the mob enforcer business. I remember the character being worn down in several fights throughout the city, ending up fighting the wrestler trio in the foamy surf at the shore in Venice Beach. Then he fought the big bad and barely won the fight.

So the idea came to me for the DnD characters in my current Roll20 campaign. The night the party arrived with a caravan to "Lemon Tree" (my stand in for Apple Lane), Gengle (my stand in for Gringle) the pawnbroker was negotiating with the Vaishino snake people. The negotiations went bad, and the creatures took out their anger on the surrounding area which included the caravan the party was camping at. That fight went OK for them, and they got thier long rest through the night. But the next morning the long day (which including the pawnshop assault that night), that would last several games, began.

The caravan left and the party walked down the hill to the village. Therein lay the first fight. Several Vaishino warrior jumped out of tree to attack. No problem. Then the party went to the Tin Inn. Several members of the Biglaugh the Centaur gang (whose gang members in the original material were all Dragonnewts and such, but I had it be just human bandits in mine) came into the tavern for a morning eye opener, and of course got into it with the party. Not a big deadly fight, but still, the party had to use resources for.

A couple of those bandits were immediately thrown into jail by Dronlon the Sherriff, and by early afternoon Biglaugh and company caused small fires and ruckus' around the village while the prisoners were released, and the characters had to fight them off.

So by early afternoon the party had three conflicts, and with the pawnshop scenario coming up by night fall, they had no chance for the beloved by 5th ed player's long rest. They had to go into that shop assault fairly depleted.

I loved the concept, but you can probably count on players NOT to love it. They like to have their resources in a fight. And for the pawnshop those resources were mostly used up. Especially healing.

It was a harrowing building-based combat that went on for almost 3 sessions. I felt it was all pretty dramatic, and at the end a couple of players had their severely wounded characters lean up against a wall and exhale in relief. But overall it was clear, I loved the concept more than them. But that's players for you, especially the more modern ones. 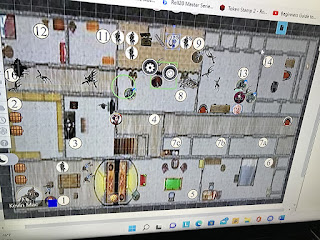 They really feel entitled to a long rest after any kind of fight. 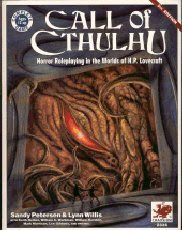