Into the Forest Primeval - game inspiration out in the wild

A little over 3 years ago I moved to the Northwest, where there is a lot of outdoorsy activities you can indulge in, much of it among mountains, trees, rivers, and lakes. Sadly, I don't take as much advantage of it as I should. But I have gone on occasional hikes, bike rides, and even fishing right across the street (I live right next to a beautiful river).

But this last week I found myself on a four-day weekend in the deepest woodlands of Mendocino, where giant trees block out the sun and bears will straight up scratch your vehicle up if you leave food in it. 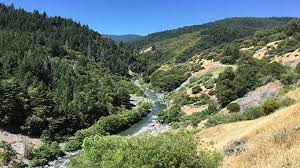 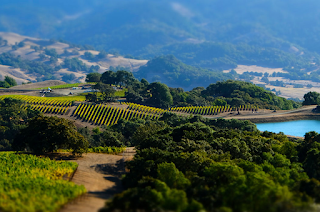 Every year a lot of my friends in Northern California attend the weeklong music camp called Lark in the Morning. It's been around forever. After decades of going there and taking workshops, some of my best friends are actually now teachers there. Me? Well, a long weekend in the wilderness is enough for this city boy. And that's what I did. One of the gals in the scene (the same person who turned me on to Digital Talisman on Steam the other year) decided to do a long weekend in one of the camps since Lark was once again cancelled over Covid. So she hand-picked 50 people to attend, and I was one of the lucky campers even though I was NOT a Lark person.

It was wonderful, because some of my oldest and best friends were there, most of them part of the inner circle fraternity within our long time Ren Faire music troupe along with me. But new friends were there for the making as well.

So, after a few hours on the road you get to Mendocino, a sleepy coastal town that always seems to have cool air and wispy fog. Most of my drive was in 100-degree weather, but in Mendo it plunged to the mid 60's. Wow. So into the camp, an area that can accommodate over 100 people, so it was roomy.

Man, the trees. Big looming trees. They blocked out much of the sun. The 4-person tent cabin (that I had to myself) was eternally dark inside. Even at high noon you needed a flashlight to see in it.

Showed up in the parking area, and some of my besties were tailgating. Hugs all around. Feeling the love. There were world musicians all over the place. There was a small dining hall with a fireplace, and a big kitchen, and besides the showers and bathrooms it was about as luxurious as it gets. Lots of great music and walking down memory lane with my best and closest friends.

As a DnD person I of course immediately started getting inspired by the mountain forest. Just to get to the very secluded camp, you spent about 40 minutes going up a narrow dirt road with a big plunge on one side, going as slow as you need to. Then you go down into deep wilderness.

The campground was great, with lots of space. And you park right next to the big honking, sun blocking trees... 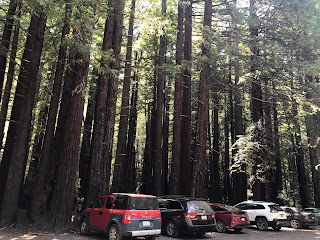 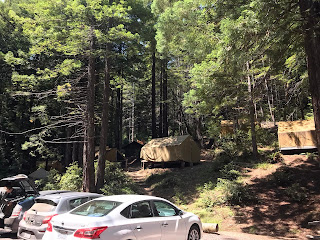 With a fairly small number of folks, I got my own tent cabin, designed to sleep 4 happy campers.

At one point I heard a thump of something bouncing off the tent, and discovered my first ever Banana Slug.

But music was what the weekend was about, and the bardic inspirations did not disappoint...

So eating, drinking, smoking, and making merry (i.e. hitting on the hippy chicks) was the order of the day (and night). 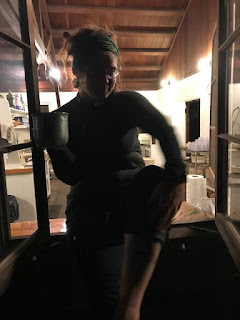 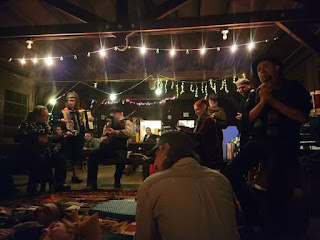 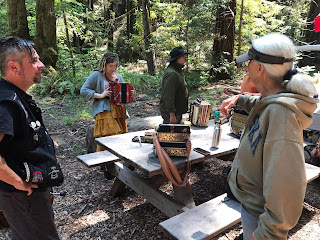 And the coffee was flowing 24/7 for when you needed a break from beer and wine.

But again and again, my mind would flash to D&D stuff. What would it be like to travel through a forested mountain wilderness like this? Without the comforts of clearings with tables, a dining hall and kitchen, and showers?

And really, one of my favorite "encounter in the wilds" image always comes to my mind in such situations. 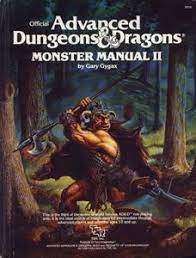 When I'm in the forest, or just driving over the Sierras, I always think of that giant among the trees. It's a spectacular image.

Really, the nice long weekend was about music and friends, but it doesn't hurt your D&D Heart(tm) to get some of the wilderness inspiration for your games when you are in it.